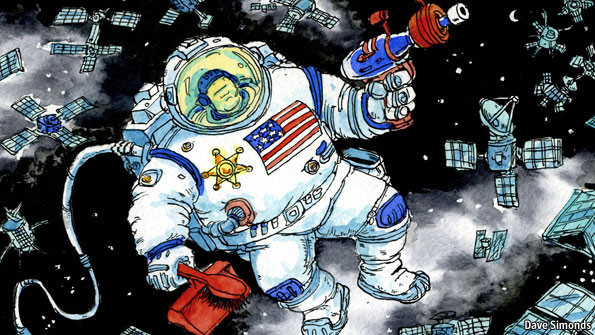 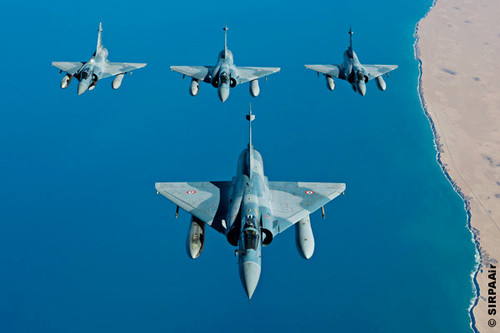 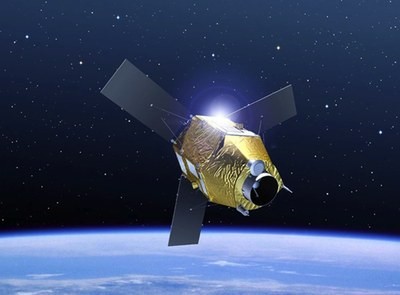 Space-based missile defense and the psychology of warfare

Anyone who wants to understand the way our enemies really think, as well as how and why we fail to grasp their reality should read Kevin Woods recent book The Mother of All Battles: Saddam Hussein’s Strategic Plan for the Persian Gulf War published by the Naval Institute Press. It tell the story of the 1991 Gulf War from the Iraqi point of view based largely on captured documents and published Arabic sources. The most important point in this study is that, from Saddam’s point of view, as well as that of the Ba’athist leadership, they won. After all, in spite of being ignominiously kicked out of Kuwait and having their armies thoroughly defeated on the battlefield, they remained in power. Political power was the only thing that counted and they had been able to keep it.

One of the keys to their belief that they won was that they were able to launch dozens of long-range missiles at their enemies, especially at Israel. They believed that the boost that this gave them, at home and in the Arab world, somehow compensated for everything that happened on the battlefield in Kuwait and southern Iraq.

In his autobiography It Doesn’t Take A Hero Norman Schwarzkopf wrote that “…in essence what they had was a weapon that could fly 300 miles and miss the target by a couple of miles with a warhead of only 160 pounds. Militarily, that was the equivalent of a single airplane flying over and dropping one small bomb and flying away—terrible for anyone it happened to land on but in the grand scheme of warfare, a mosquito.

However the Scud was effective as a terror weapons against civilian populations.” Ever since 1991 this has been the accepted US and Western view of the missile campaign. Kevin Wood now has given us a much different view these attacks, one that has profound implications for missile defense policy and for the way that political leaders have to rethink the instructions they give to the military.

Looking back on the German V-2 campaign against London and Antwerp that went on from September 1944 until April 1945, the greatest military effect was not the physical and psychological damage done to England and Belgium, but the impact on Germany’s national morale. One should never forget that these were called Vengeance weapons. For a population suffering under nearly non-stop Allied bombardment and facing defeat on every front, the fact that they were in some small way able to keep hitting back with a wonder weapon that their enemies could not match was a factor keeping them fighting. Nazi propaganda did not fail to manipulate these feelings.

Ba’athist Iraq’s war-weary population was likewise subject to massive and—let’s face it—masterful propaganda. Hitting the hated Israelis, even with ineffective weapons, and the fact that due to US political pressure the Israelis did not strike back, was seen by Iraqis and by other Arabs as a great victory. A claim made explicit in a memoir written by Saddam’s missile force commander Hazim Abd al-Razzaq al-Ayyubi Forty-Three Missiles on the Zionist Enemy published in Amman, Jordan in 1998.

Al-Ayyubi described how, in the years and months leading up to the war, his two missile brigades practiced their “shoot and scoot” operational techniques. He also wrote about the very serious efforts the Iraqis made building multiple secure communications links using both radio and phone lines. According to a report to Saddam, they started the war with 230 missiles and 75 “special” warheads. Interestingly, he also bragged about the success of his deception units, not only in fooling US and Coalition targeting efforts, but also in deceiving the UN inspectors who tried to account for the missiles. Wood makes it clear “that despite the cost to the Iraqi people, Iraq’s successful violation of UNSC [United Nations Security Council] resolution 687 was a source of great pride to its leaders.”

Most, but not all, of what the Iraqis believed they had accomplished with their attacks was nonsense. The claims that they hit Ben Gurion Airport and the Ministry of Defense in Tel Aviv, or the Haifa Technology Institute, are just not serious. As was their claim to have been “the first Arab country to conduct effective offensive operations against the enemy (Israel).” What is true is that these attacks “fulfilled the Iraqi President’s vow that he would retaliate against Israel as revenge for their attacks against the Iraqi reactor.”

It is exactly this need for revenge that should get the attention of those in the US government who are trying to design a realistic missile defense policy for the next fifty years. Tyrannical regimes and terrorist movements share the need to excite people with dramatic and violent events. The more spectacular the attack, the better. Firing long-range missiles at an enemy, even if you only hit an empty parking lot, can provide followers with a level of emotional satisfaction. This in turn can motivate them to continue to fight even in a seemingly hopeless battle.

In future wars, those who are fighting against the West—today Iran or North Korea, tomorrow, who knows?—will use ballistic missiles not only to terrorize enemy civilian populations but to build morale among their own forces and people. Missile defense is the key to winning this critical psychological battle. As long as their missiles are being shot out of the sky, claims that they are hurting the enemy and thus filling people’s need for revenge can be shown to be utterly empty.

This, however, cannot be done with terminal phase defense weapons. To hit a missile or a warhead that is descending towards its target may be a feat of technological skill, but it does nothing to decrease the emotional satisfaction that comes from striking a hated enemy. Midcourse interceptors such as the US GBI or the Israeli Arrow are better, but the best way to publicly humiliate those who are launching Scud-type missiles is to shoot them down as soon after they leave the launch pad as possible. The only weapon now in development that will—in theory—be able to do this is the Airborne Laser (ABL), which the Missile Defense Agency plans to test next year.

This is indeed a promising system, but it has its limits. Its range is, according to unclassified reports, about 300 kilometers, and the US only plans to build, at most, seven aircraft. If the goal is to prevent the enemy from using its missile attacks to build its own side’s morale and thus lengthen the war, another solution must be found.

Space-based interceptors, such as a new version of the Brilliant Pebbles program that was canceled in 1993, could, in combination with space- and ground-based sensors, knock down missiles of this type in the boost phase. Significantly, they would do so over the launching country’s own territory and at least some of the citizens would witness the destruction of their leader’s vengeance weapons. This news would spread through word of mouth. This might be one of the keys to undermining their will to make war and help shorten the conflict.

Taylor Dinerman is an author and journalist based in New York City.