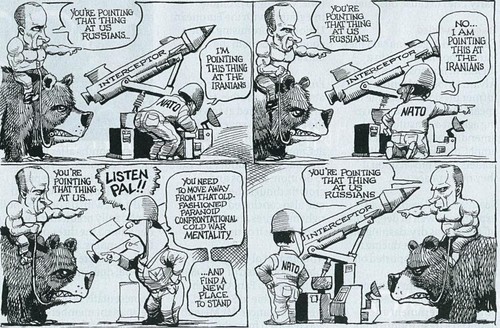 The August 20th agreement for the stationing of US Ground Based Interceptors (GBIs) in Poland in order to deter or destroy Iranian long-range missiles aimed at Europe or the US was without doubt the direct result of Russia’s invasion of Georgia. From a political standpoint Poland wanted to send both Moscow and Washington an unmistakable signal as to which side they were on, even if it involved making a less-than-optimal deal from Warsaw’s point of view. Now that the agreement has been signed, the US should act generously and give Poland far more support than the US is required to. Also, NATO will have to pay far greater attention to the missile defense issue than it has in the past.

In exchange for stationing a mere ten GBIs in Poland, the US has agreed to also place a single battery of PAC-3 Patriot short-range air defense and anti-ballistic missiles on Polish soil. This is far less than Poland truly needs in order to give it a reasonable level or protection against an angry and resentful Russia. This battery is symbolically important, but the Poles need more than a mere symbol.

Russia has thousands of tactical and tactical/operational nuclear weapons mounted on ballistic missiles. Ostensibly these are no longer aimed at anyone in particular, but that may not matter much to the Poles or to others in Central and Eastern Europe who once again feel themselves threatened by Russia. These nations have little faith that they can count on their fellow members of the European Union to stand by them in an emergency, so they naturally turn to the US and to NATO for support.

It would be a mistake for leaders in Washington to simply see these nations as a place to park a few interceptors. At the same time as the missile defense deal was signed, the US and Poland also signed a Declaration of Strategic Cooperation. This has the potential to be the basis for a new and enlarged set of joint scientific and technological programs with Poland.

The Poles have traditionally been a highly scientifically literate people. Copernicus was just the first and best-known Polish scientist. Today there are hundreds of well-trained men and women in that country and elsewhere in the region who are ready to contribute to any number of strategically significant research programs including ones involving missile defense technology. Perhaps some of the Nunn-Lugar money the US has been spending to employ Russian scientists and engineers on projects supposedly intended to keep them from being employed by Iran or other rogue states could be diverted to support researchers in these nations.

There is also the open question as to how Poland’s missile defense system will be integrated with the US one. Will Poland, like Japan and Israel, have access on a limited basis to data from the Defense Support Program (DSP) satellites and from the Space Based Infrared (SBIRS) ones that are replacing them? Already the US system is using the large radar arrays in the UK and in Greenland at Thule. The new radar in the Czech Republic may be useful for more than simply tracking missiles from the Middle East.

Russia has given many of America’s allies, and would-be allies, new reasons to want to integrate their systems with those of the US. The Ukraine has already offered the use of a large former Soviet radar. This would not be of any use in tracking missiles launched from Russia, but would be useful in keep watch over the Mediterranean. It will be interesting to see if France agrees to provide data from the new radar they are planning to build to a NATO early warning system.

With a few years Poland and NATO may need to revise the warning and tracking system. A new tactical air defense and missile defense system known as MEADS (Medium Air Defense System) is being built by a joint venture of the US, Germany, and Italy. This system, which uses the PAC-3 missile, might be something that Poland and its neighbors might be interested in procuring. As a multinational program it might be easier to integrate new partners into this program than into a purely American one. It might also make a new NATO missile defense effort more palatable to the Europeans.

President Sarkozy’s hope for a new European military space force may be an unexpected casualty of Russia’s invasion of Georgia. The new “Euro DSP” satellites he wants to build may come on line sooner rather than later, but they may be NATO assets rather than EU ones. Poland and the other former Warsaw Pact states may now insist that if Europe is going to build a new set of military space systems that these are built with their requirements in mind. And they may be ready to invest in ones that support the Western Alliance as a whole.

Circumstances will force the new US president to take a hard look at the missile defense architecture that Clinton and Bush administrations have put in place. The technology is being developed, tested, and fielded in a slow methodical manner, well-suited to the post-1989 environment. That world is no more. An unhappy change is upon us and America and its allies will have to make some painful adaptations.

Taylor Dinerman is an author and journalist based in New York City.